A taste of our own medicine : How SmokeLoader is deceiving configuration extraction by using binary code as bait

A taste of our own medicine : How smokeloader is deceiving dynamic configuration extraction by using binary code as bait

Recently an interesting smoke loader sample caught my eye ,and moreover I had to put smoke loader monitoring under scrutiny , as my monitoring script found it hard to locate a live c2 . Then suddenly something strange I noticed on the dashboard , the output c2’s from the configuration extraction script and the generated pcap were different

A configuration extraction script is essentially an instrumenting script ( using windbg or a memory acquisition tool) to extract configuration ( c2’s , keys , campaigns, etc ) from a running malware binary . It’s sole purpose is to capture a pattern in a binary to extract certain parameters like DWORD’s , constants or pointers to memory region . Generally there is a long sleep call between consecutive attempts to connects multiple c2’s , which is essentially a way though which it keeps its secondary c2’s hidden , as mostly only one of the few c2’s gets listed in a sandbox report .
The smoke loader configuration happens to be a list of c2’s and encryption keys ( DWORD ) 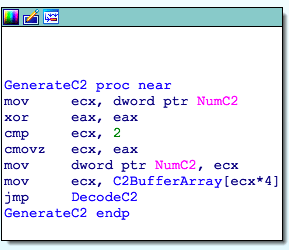 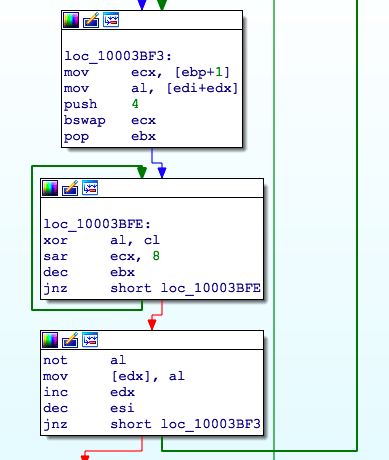 But unpacking a particular sample mentioned earlier , revealed another side of the story . Although the code to load encoded c2 buffer was there , but the coding routine was a clever choice of deception, which feeds a fake encoded c2 buffer , though decoded buffer is a valid http resource , but instead chooses to take the c2 buffer from a plain text value in between the subroutine 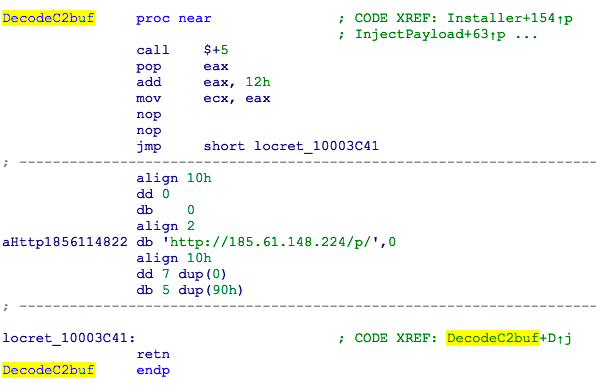 But the fact to notice is , not only it would fools scripts , but difference between the real and the fake c2 is so subtle , that it deceives the eyes of the beholder as well.

SmokeLoader has suffered considerably a lot due to immediate c2 takedown , its no surprise that they were looking for a quick and a smart way to tackle this problem , but seldom it goes unnoticed